Hi, I’m Becky Lee, an interaction designer working on Get your State Pension in Newcastle. The service is currently in private beta so we’re inviting select users to use it as they approach State Pension age.

2. Map feedback to the user journey

To clearly see where the data and feedback corresponded to the service, we put some screenshots on the wall and stuck up post-its with key figures and quotes. We also thought about the emotions people might be feeling at different stages of the service. 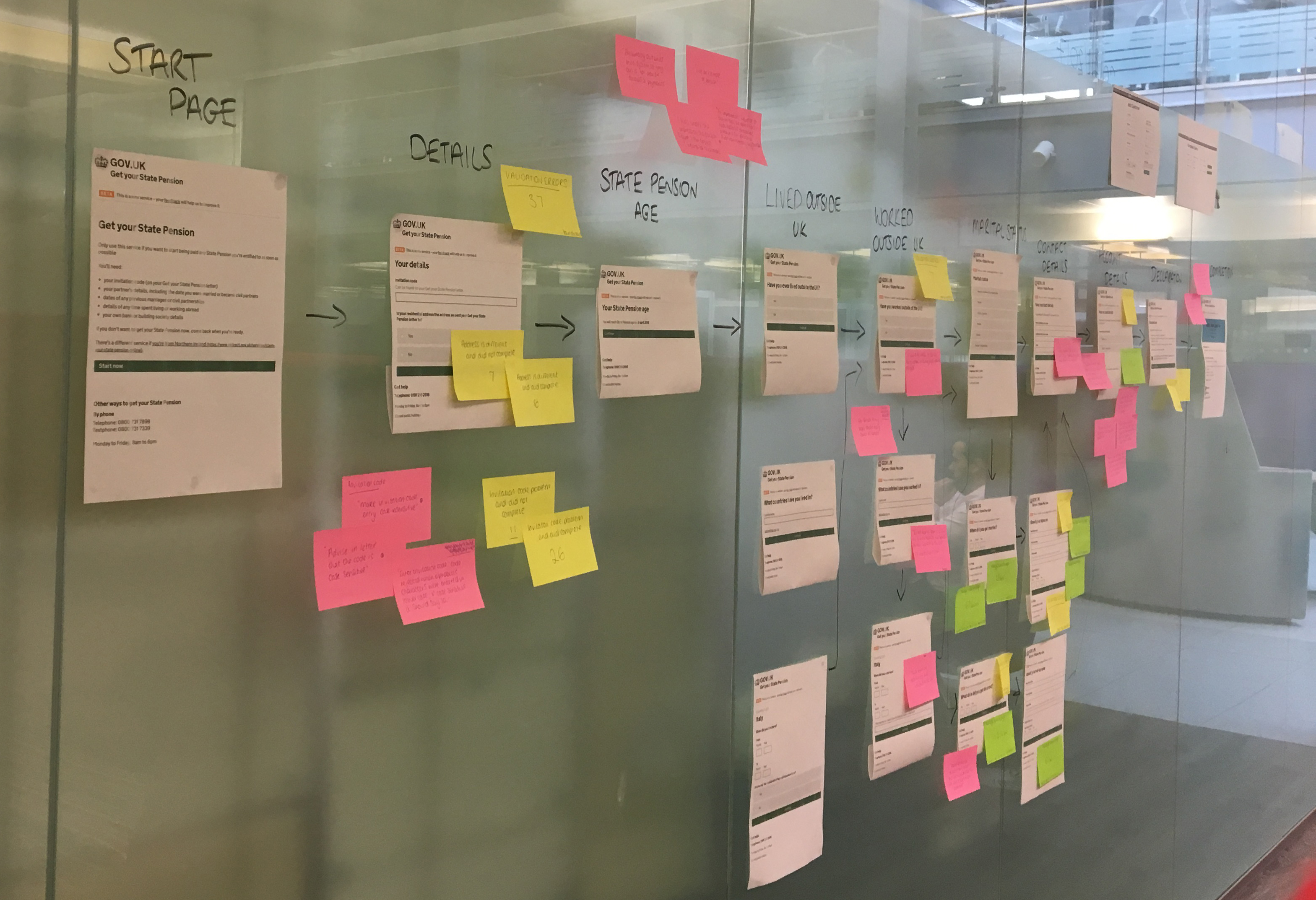 Once everything is on the wall, it is easier to see areas where people might be having difficulty. For example, the data showed there were lots of validation errors being generated on the ‘Account name’ field. A bit of investigation into the user feedback showed that many people have joint bank accounts with ampersands in their account name and were unable to carry on through the service.

Our hypothesis was that by allowing the ampersand symbol to be accepted in this field, the validation errors would reduce significantly. 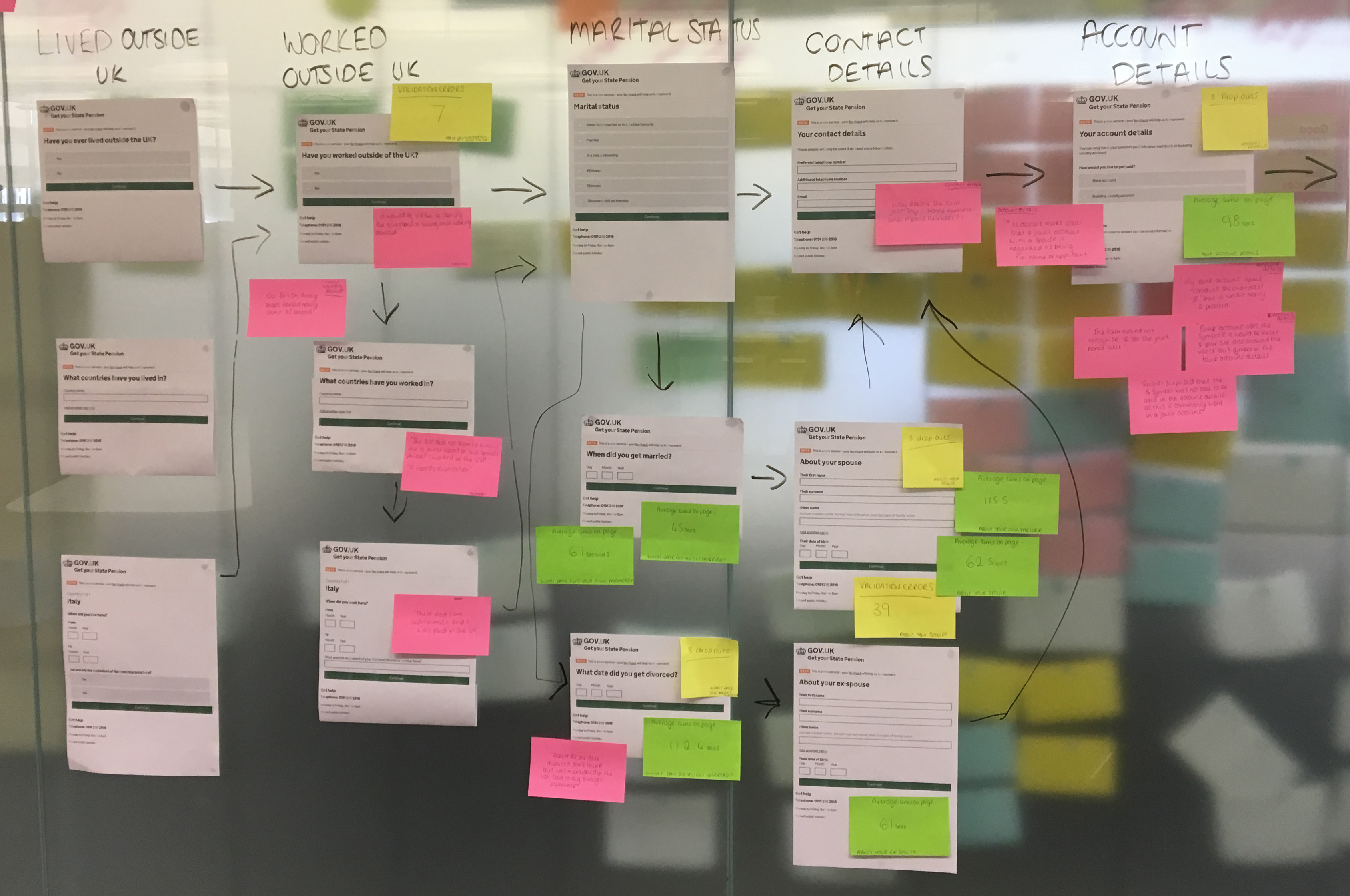 After writing the user story and making the change in sprint, we went back to the analytics to see if there were any notable changes. In this case, the validation errors had significantly reduced. Users no longer had interrupted journeys at this stage, so there was no feedback - which in this case is good feedback. Therefore we proved our hypothesis correct.

Using data and feedback this way can really help all the team to identify the real issues that users might be facing using our service as well as inform current and future design. It doesn’t stop here though. The cycle continues as we monitor the feedback, create further hypotheses and test them. This will be especially important as we scale the service in the months to come.